Chris Thompson wins in his USRA B Mod at Huset’s Speedway in Brandon, South Dakota with a VDL 4412 carburetor.  Congratulations!

Nothing is better than being on top!  Matt Fink wins at Brewerton Speedway in Brewerton, New York, on August 5th with a VDL 750 carburetor

Robbie Speed wins at Lebanon Valley Speedway in West Lebanon, New York,  on July 20th with a VDL 4412 carburetor on his DIRT Pro Stock. That’s called living up to your name!

We are into the hot summer days, and the heat will affect both the racecar and the crew. I have received a few calls lately in which I suspect fuel pressure to be the issue. First of all, trust your equipment. It always makes me chuckle when fuel pressure, or even oil pressure, shows a deviation and the first response of the racer is to think that the gauge has gone bad. I always like to think of an airplane pilot, gazing at an altimeter while he is spiraling downward, turning to his copilot saying, “I think the gauge is just bad!” If the needle is not lying in the bottom of the gauge, the gauge is probably ok. These are pressure gauges and are very simple in function. A simple test would be to gently blow a little air into the line and see if the gauge moves. But, you should instead start looking for the problem in the fuel system. Again, I can not emphasize enough how important fuel gauges are. TUNING A RACE ENGINE WITHOUT A FUEL PRESSURE GAUGE IS LIKE TUNING THE CHASSIS WITHOUT AN AIR PRESSURE GAUGE. In these hot days, we also see [...]

This is the 2010 Pro Late Model Champion at Five Flags Speedway in Pensacola, FL, and is powered by our Holley 80541 / 650HP crate engine carburetor.  We build each carburetor specific to each crate engine to increase performance and add horsepower.  Give us a call! 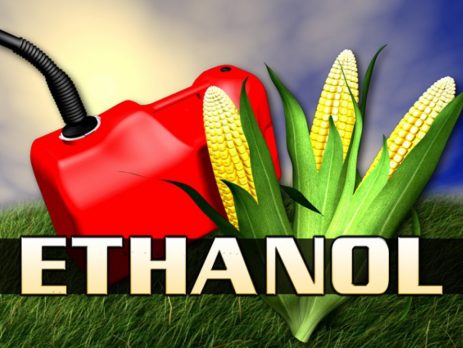 David Pimental, a leading Cornell University agricultural expert, calculated that powering the average U.S. automobile for one year on ethanol (blended with gasoline) derived from corn would require 11 acres of farmland, the same space needed to grow a year’s supply of food for seven people.  Adding up the energy costs of corn production and its conversion into ethanol, 131,000 BTUs are needed to make one gallon of ethanol.  One gallon of ethanol has an energy value of only 77,000 BTUs.  Thus 70% more energy is required to produce ethanol than the energy that is actually in it.  Every time you make one gallon of ethanol, there is a net energy loss of 54,000 BTUs.  Professor Pimental adds that “abusing our precious croplands to grow corn for an energy-inefficient process that yields low-grade automobile fuels amounts to unsustainable subsidized food burning”. Something to think about . . . .

Welcome to our new website!  We are very excited about our new partnership with Firethorn Marketing and Clint Doll because of the great new look and the tremendous opportunity that it gives us to interact with you.  The purpose of this website is not just for sales; but, more importantly, for information.  Hopefully, you will find information that will help your race team from the carburetor all the way through the ignition and fuel systems.  We hope you will participate with us as your questions, comments, and results will benefit us all.  Our 2011 season really started at the end of 2010 with the PRI Trade Show last December.  We have found these trade shows to be very beneficial for all involved, and this year was no exception.  We had a great time at the PRI show and our son DJ was exceptionally proud of finally making the winners’ list with two track championships.  VDL is extremely proud of all its winners and champions – you can find your name on that list in our winners’ circle link.  For 2011, we are faced with an interesting dilemma.  There are now 2 major trade shows scheduled back-to-back next December.  Trade shows [...]

Salem, Indiana (Saturday, April 23rd, 2011): Brian Campbell made history at Toledo Speedway in Toledo, Ohio on Saturday, April 23rd as the Wyoming, Michigan veteran took the lead from 14-year-old Erik Jones on lap 18 and from there, Campbell would fend off challenges from Jones and then a late charge from another veteran, Eddie Hoffman, and in the end, Campbell would steer his McGunegill Engine Performance Ford into victory lane after winning the VR-12/Easter Bunny 100 Presented by JEGS.com, the inaugural race for the JEGS/CRA All-Stars Tour Presented by GM Performance Parts. “This is pretty special to come here against such a great field of cars and get to take the trophy home in the series first ever race.” Campbell stated in victory lane. “We had a great car, but we were a little worried about Erik (Jones) and then I seen the #8 go up on the scoreboard and knew that Eddie (Hoffman) was lurking back there as well, so I had to stay on top of the steering wheel.” The former Glass City 200 winner at the track added.  After a rousing pre-race ceremony and driver introduction for the stout 32-car field, the VR-12 Easter Bunny 100 Presented by [...] 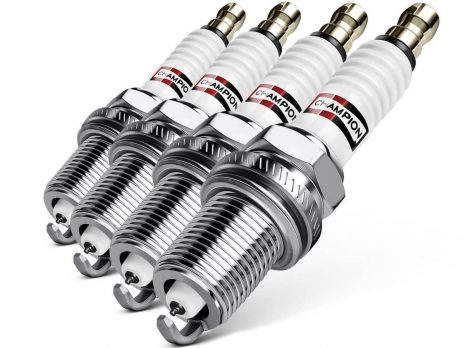 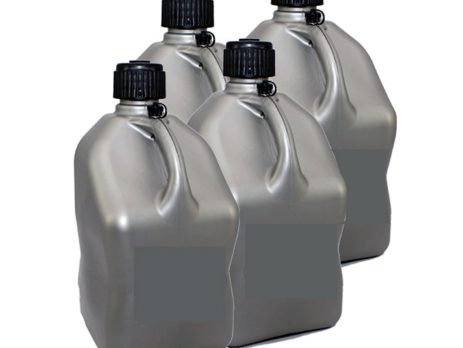 Never ever use pump gasoline in any racing application.  Pump gas contains many unknown additives, and the blends will vary season to season, and region to region:  summer time in Colorado is different than summer time in Georgia which will be different than any place in California.  The additives also vary based on the particular region’s environmental requirements, like Los Angeles versus Montana.  All this said, pump gas has too low of an octane rating to be used in any race engine 9:1 compression and higher, and has additives that are never consistent.  The addition of ethanol in our gas at the pump has now created moisture retention concerns as well and has introduced corrosive characteristics to the fuel that WILL destroy your entire fuel system over a season. Leaded racing fuel of the proper octane rating is the fuel of choice.  Historical data that we have all gathered over the years allows us to tune the carburetor and adjust the timing to confidently gain maximum performance.  Unleaded fuel (which is an oxygenated fuel), all other oxygenated fuels, and ethanol must be dyno-tested to truly establish proper tuning, jetting, and ignition timing.  One last thought:  there is no such thing [...]